What are bullets made of?

Well first off most people reading this will know that the term bullet is only referring to the projectile in the ammunition. In all ammo is made of the bullet, a casing, a primer, and gun powder.

So onto the projectile, the bullet.

Bullets have a pretty extreme job so even though they seem simple, they aren’t.

Bullets need to fly super fast, stay balanced, have a predictable flight, and on impact does what the manufacturer wants.

Many times when reading through ancient history any projectile could be called a bullet. From a rock in a sling to an arrow from a bow to a piece of metal shot out of a gun.

For this article and mainly throughout this whole site we are talking about a projectile fired with the use of gunpowder.

Gunpowder is thought to have been invented or discovered in China as early as the 3rd century. It was definitely in use in the 10th century as fireworks for signaling. Sometime between the 10th and 12th centuries, the Chinese had a short-range weapon that channeled the explosion of gun powder through a bamboo cylinder tube.

What we know as a bullet (a metal cast projectile) was created out of brass or iron by the Chinese in the 13th century.

Eventually, lead and lead alloys became the material that would be most used. Lead is heavy, cheap, easy to shape, and available.

In these early days, the chosen shape was a ball, without the future discovery and invention of rifling a barrel a ball was the most accurate shape.

With the industrial revolution, it became easier to rifle and create a consistent spin on a projectile then the shape of the bullet can change to what we know today. With the more aerodynamic shape bullets can fly at much faster speeds which also creates more balance.

With the discovery of rifling and higher projectile speeds, the weight of the bullet becomes less important.

So ammo makers started playing around with all of the different materials that they could. Maybe out of searching for a purpose or out of accident bullets have been created that can be used for lots of different things. These days many bullets are not solid but have a bullet jacket with the core material, mostly lead.

What Are Bullets Made Of?

Lead is the main material used in bullets these days. The main reason is that it is affordable, soft, and easy to work with, and heavy.

Since lead is known to be toxic manufacturers are starting to make bullets without any lead. Also, at many shooting ranges any bullet that gives off lead residues is not allowed.

Along the same lines of lead being toxic as of July 1st, 2019 California has become the first state in the United States to require nonlead ammo for any hunting related activity.

A combination of copper and zinc brass is probably the second most used material in bullets. This is the metal that is typically used in bullets labeled as a full metal jacket.

Brass is also the main metal used for ammo cartridge casing and for reloading.

Brass is widely used for lots of reasons here is a small list.

Also, if you have seen the term gilding metal this is specifically talking about a metal mixture of 88% to 95% copper with the rest zinc.

Copper is an expensive material but it is still used often in bullets. Usually, when bullets are made out of copper the entire bullet is copper.

This is for many different reasons but one that comes up often right now is not having lead in bullets.

Copper has many of the same benefits as brass but it is more expensive. As a full bullet copper makes sense since it does not split and fragment. It could be collected and recast. But, as a minimum, it will not break into pieces and pollute the environment.

You will not find many zinc jacketed bullets on the market but they do exist. Zinc is part of the mix for brass so it does have many of the same characteristics but it is more brittle.

Some bullet manufacturers are using aluminum for bullet tips to increase stability and aerodynamics. In the production of the aluminum tip, you have lots of consistency and you can get a longer consistent tip in comparison to plastic or polymer tips.

Steel is sometimes used as an inner bullet metal along with lead. There will be a copper or brass clad jacket around steel that is then around lead.

The reason for this steel is to increase penetration ability of the bullet. The steel is much harder so on the impact the bullet will no flatten as quickly and retaining its shape will help with penetration.

This might be used to shoot through thick materials or large animals with thick skin since it carries more kinetic energy. For the long-range hunter or big-game hunter, this is an important piece of gear.

There are also bullets with an all-steel core.

There are all plastic bullets that are used as non-lethal in many law enforcement agencies.

There are also all plastic bullets that are used as training bullets for short-range training and target practice.

Last, some companies like Hornady are using polymer tips to give the bullets more aerodynamics and to help balance out the center of air pressure relative to the center of gravity which helps with the stability of the bullet in flight.

Rubber rounds are most notably known as non-lethal rounds. Rubber can also be used like the plastics are in the previous section.

So what are bullets made of? Well, lots of things. As the need for longer range bullets increase and the technologies of guns increase we are sure to see new materials brought into bullets.

Thanks for checking out reloadingpresso. We hope you have found what you were looking for here. We plan on doing a larger series focusing on ammo. 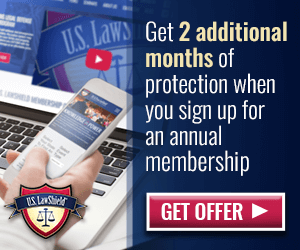 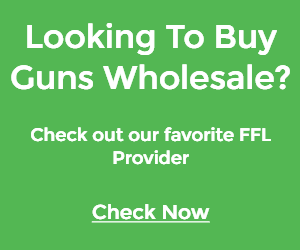